In 2019 ISKA sanctioned 105 single match title bouts for World, Intercontinental and Continental Championships featuring fighters from 41 different countries. These results do not include Inter-Regional/International, National, State or Regional titles of which the ISKA sanction over 1000 Worldwide annually.

More than 70% of ISKA title bouts staged in 2019 were televised on cable, satellite and terrestrial TV Networks Worldwide both live and delayed broadcasts available in over 100 countries reaching millions of martial arts and combat sports fans.

The ISKA sanctions and regulates the largest Combat Sports circuit in the world, with events occurring in more than 50 countries across 6 continents; Africa, Asia, Europe, North America, South America and Australia/Oceania.

Congratulations to all of our directors and officials on a remarkable year, and we extend our gratitude to the incredible athletes and supportive fans that make our sports what they are. 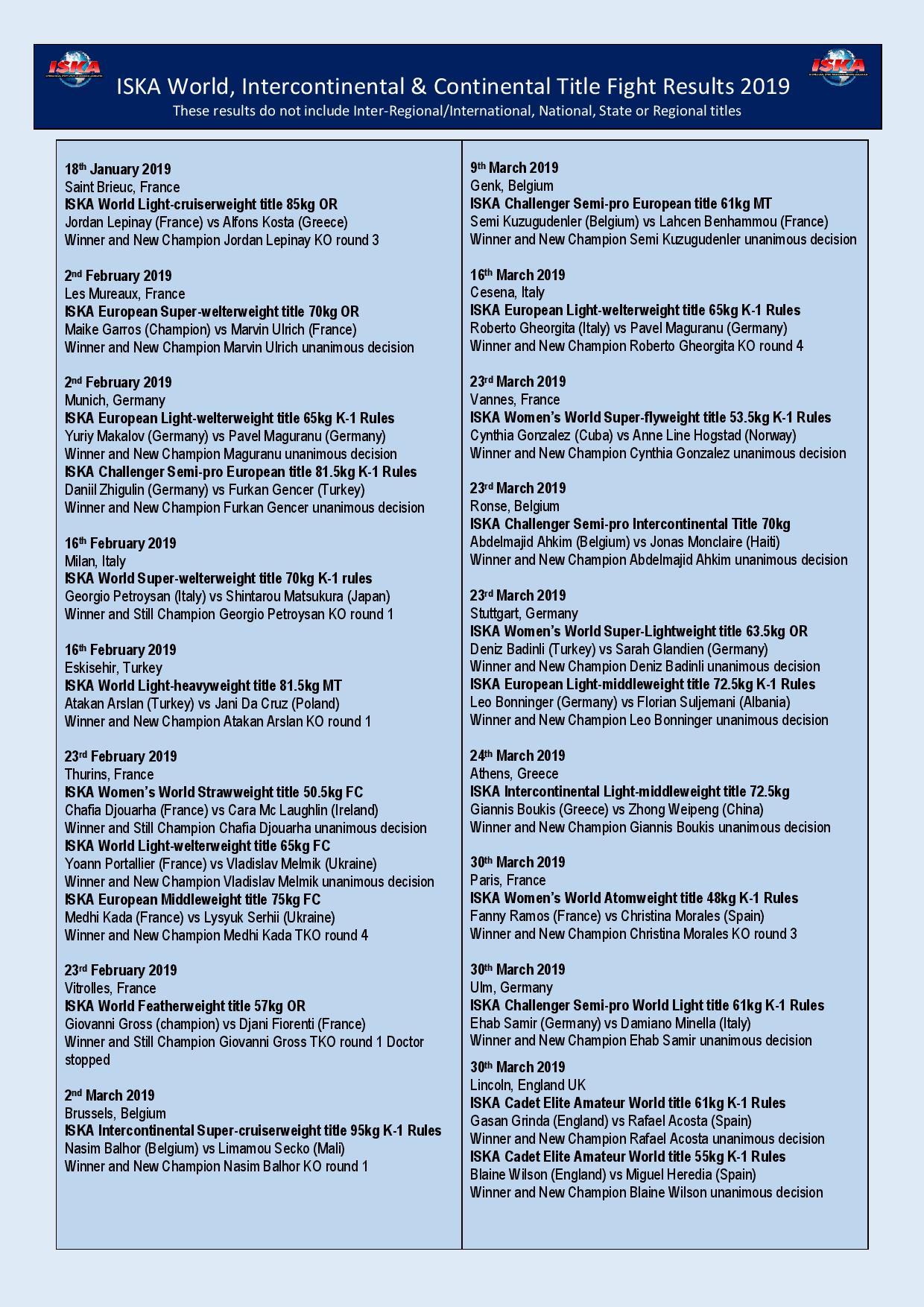 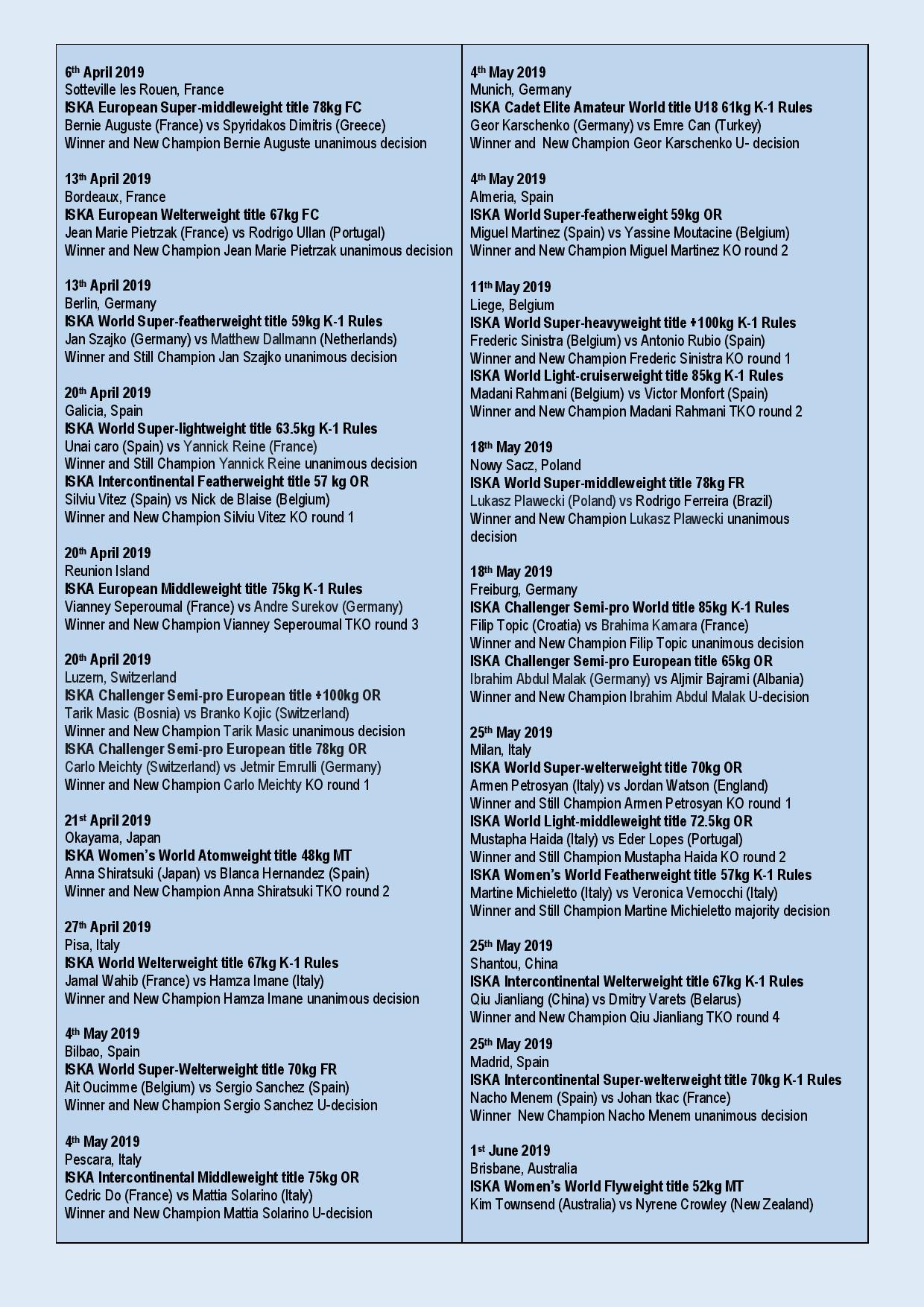 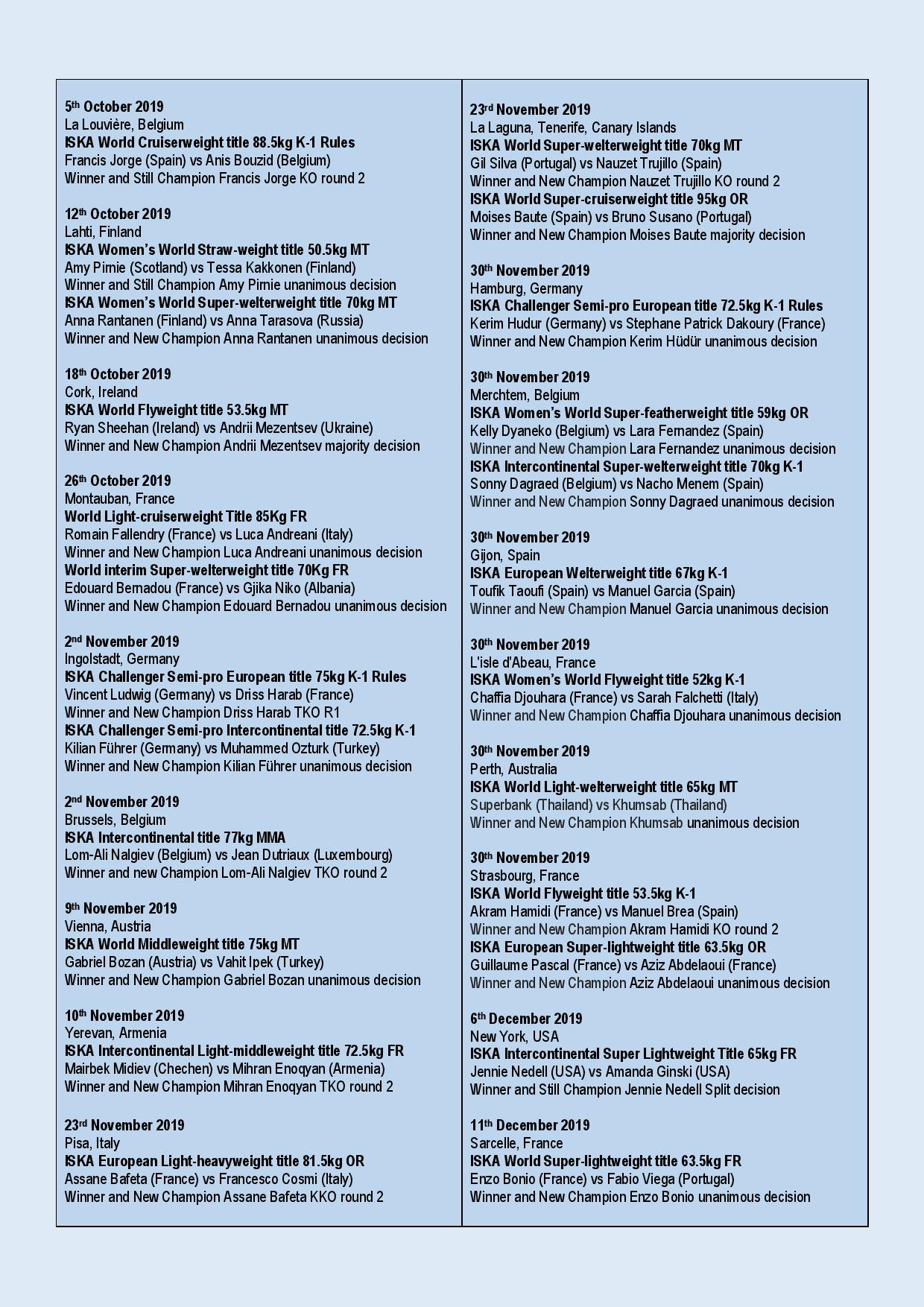