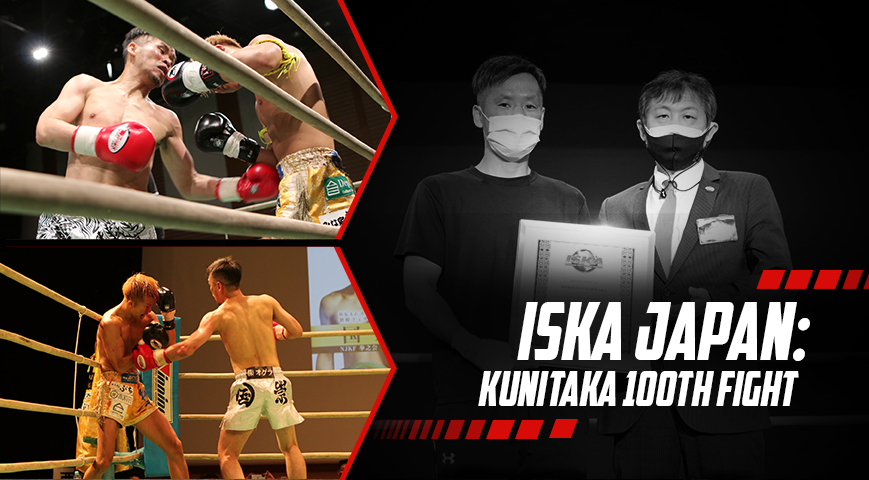 Okayama City, Japan 24th April 2021 Former ISKA World Featherweight Muay Thai Champion Kunitaka contested his 100th Professional match against TENKAICHI Champion Shohei an ISKA non-title Muay Thai rules bout 5×3 at 57.5kg presented by NJKF WEST in association with Kobushi no Kai at Okayama Convention Centre. The young Champ Shohei had a fast start and seemed to be one step ahead of the veteran Kunitaka. In the fourth round Kunitaka found his range and dropped Shohei with a right hand at the end of round. Kunitaka piled on the pressure in the final round and stopped Shohei with elbow strikes. Toshi Nakasaka ISKA Japan National Director presented Kunitaka with a certificate in recognition of his 100th Pro fight. 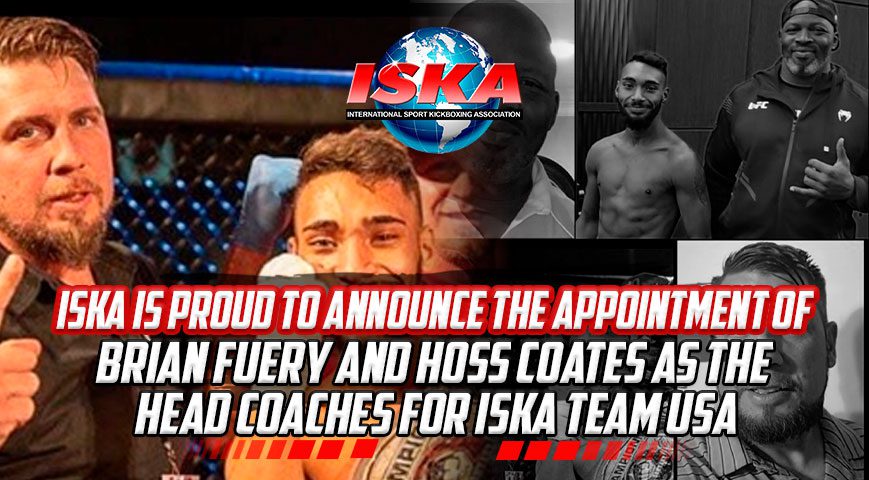