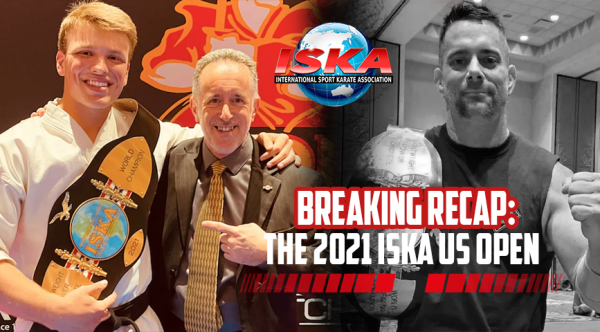 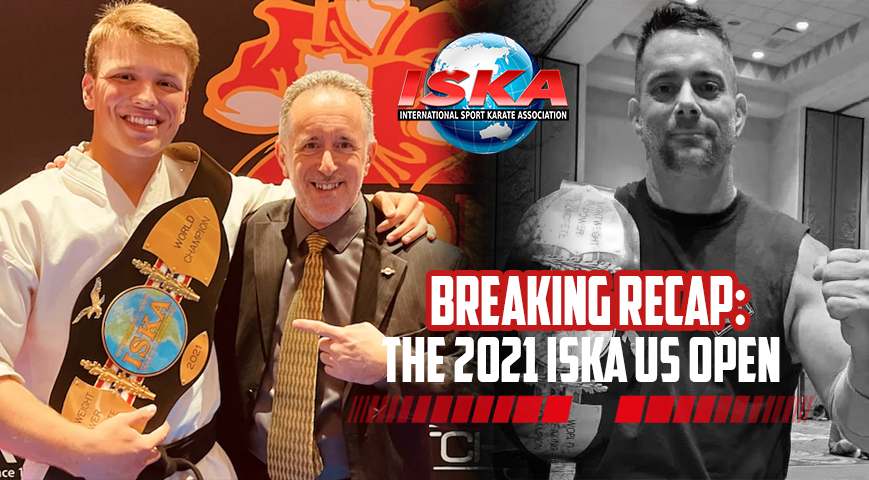 On Saturday, July 3rd, 2021 some of the best breakers in the world gathered at the Coronado Springs Resort in Orlando, Florida to compete head to head for the chance to become an “ISKA World Champion”. The ISKA World Breaking Championships at the US Open is the pinnacle of breaking competition. For competitive breakers, the US Open is the only event where breaking receives international ESPN coverage, which adds even more prestige to the titles. Those who take the title of World Champion receive a coveted ISKA Title Belt. This championship is invitation only and not open to the general public. In order to compete, competitors must qualify through competition or receive approval from the breaking director.

Next up was Power Concrete Arm/Hand divisions with the lightweights up first. Ed Murawski, the USBA qualifier winner, came in 3rd by breaking 7 of 10 concrete slabs. Justin Cuellar earned 2nd by breaking 11 of 12. Defending ISKA World Champion, Ken Goodrich secured his title for another year by breaking 11 of 11. For the heavyweights, Scott Badesole, the qualifier winner, started the division off by breaking 8 of 12, placing him in 2nd. Kyle Johnson earned third place with 8 of 12 concrete slabs broken. Defending ISKA World Champion, Larry Fields, took the title home once again by breaking 10 of 10 slabs. 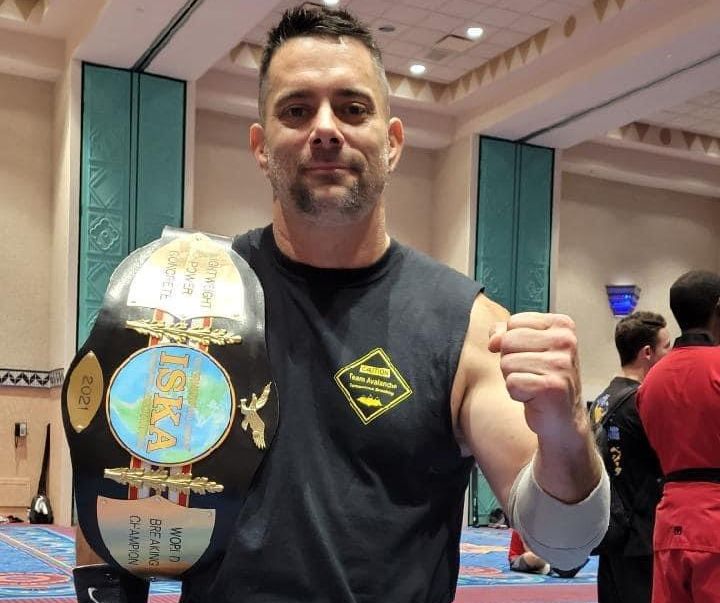 The last power division of the tournament was Power Concrete Kicking, starting again with the lightweights. Ed Murawski broke 10 of 10 after winning the qualifier the day before, putting him in 3rd. Sean Cumberbatch broke 11 of 13 slabs placing him in second. Parker Moody broke 12 of 12 concrete slabs securing him his first ISKA World Breaking Championship title and matching the ISKA World Record for the event. For the heavyweight division, Larry Fields broke 10 of 12 slabs, putting him in third. Kyle Johnson broke 11 of 13, earning second. Tim Steele broke 12 of 14 slabs with a spin back kick earning him his first ISKA World Breaking Championship.

The final event of the day was the Creative Breaking Championship. This division allows for competitors to create their own routine, breaking anything that has the potential to break, as long as it is deemed safe (no fire or broken glass). Creative Breaking, unlike the power divisions, is scored by a panel of judges, rather than solely off material broken. Both light and heavy weight classes are combined, making this the largest event of the day. Justin Cuellar won the division with a score of 39.68. Daniel Edgeman earned second place with a score of 39.54. Larry Fields came in third with a score of 39.53. Parker Moody finished 4th, followed by Ken Goodrich who finished 5th. 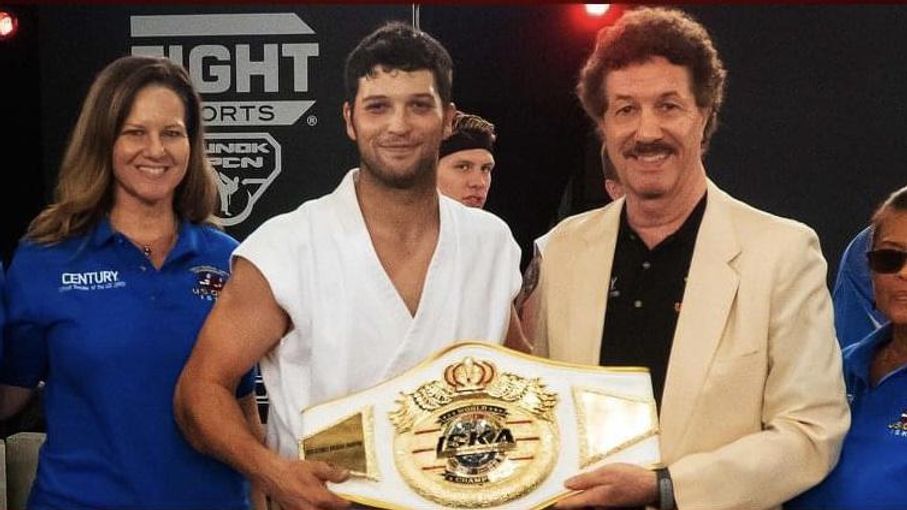 Justin Cuellar (above) defended the title of ISKA Ultimate Breaker (the most prestigious title in breaking) after previously winning it in 2019. Cuellar earned a total of 65 points throughout the competition. Larry Fields came in second with a total of 46 points. Parker Moody had a total of 40 points placing third. Ken Goodrich came in fourth with a total of 28 points. Daniel Edgeman finished fifth with 15 points.

For those who are interested in getting started in breaking, the United States/World Breaking Association offers a championship on Friday before the professional ISKA divisions. The USBA/WBA has divisions for all ranks, ages and disciplines of breaking.

Congratulations to all the 2021 World Breaking Champions and to all the world class competitors who participated to make this year’s tournament a success.