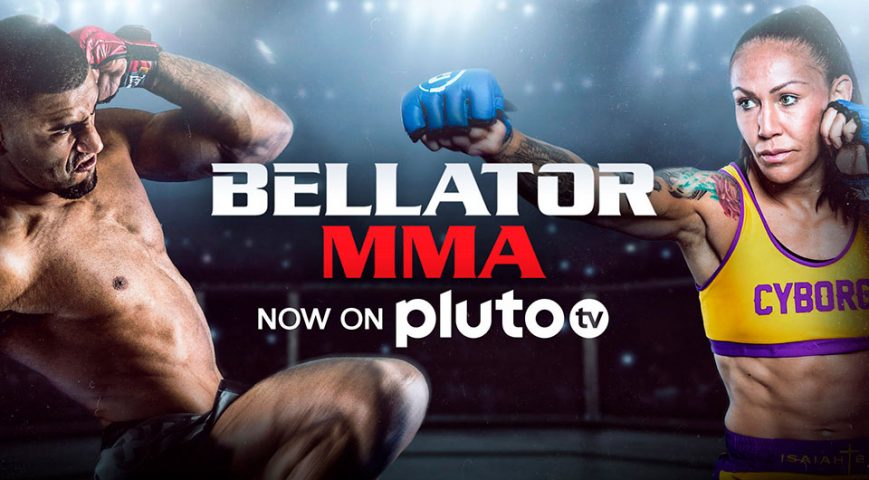 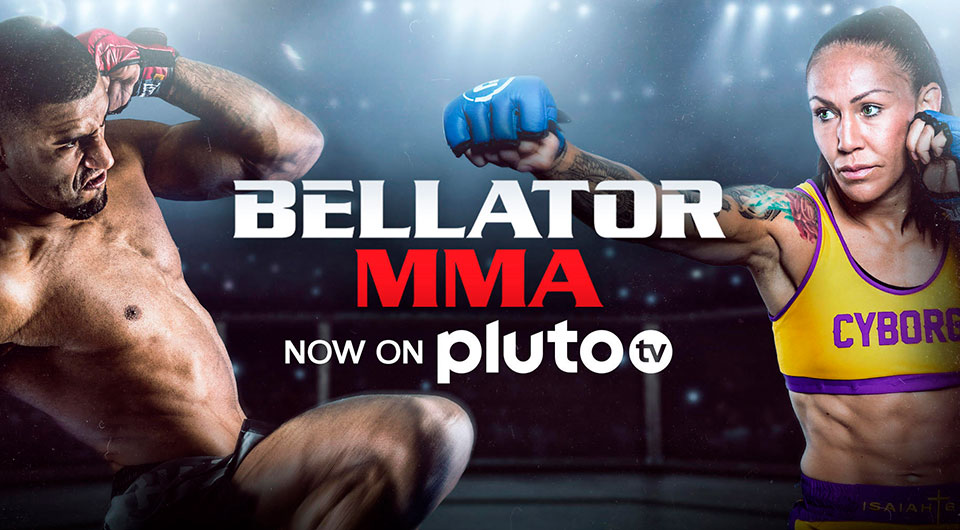 LOS ANGELES – Bellator MMA and Pluto TV, ViacomCBS companies, today announced that they have partnered to launch an exclusive channel on Pluto TV with iconic, action-packed past matches showcasing legendary talent and champions all from Bellator’s extensive library of content. The Bellator MMA channel on Pluto TV officially launched today with nonstop, adrenaline-rich entertainment and can be found in the “Sports” category on the leading, free streaming television service in the US.

The Bellator MMA channel on Pluto TV can be accessed directly by clicking here: https://pluto.tv/live-tv/bellator-mma

“I am excited for the launch of the Bellator MMA channel on Pluto TV that will feature unlimited access to our extensive content library,” said Bellator President Scott Coker. “This is a great way to increase the promotion’s visibility across additional ViacomCBS platforms, while giving our fans the opportunity to relive these incredible moments from inside the Bellator cage.”

“We are excited to welcome a renowned and respected mixed martial arts organization like Bellator MMA to Pluto TV.  Being a part of the ViacomCBS organization affords us unique access to a coveted portfolio of premium brands and properties with built-in fanbases, like Bellator, that further differentiates the types of programming we can stream on Pluto TV,” states Amy Kuessner, SVP of Content Strategy & Global Partnerships at Pluto TV. “The launch of Bellator MMA as an exclusive channel on Pluto TV brings free and easy access to millions of new and existing fans, with premium content that is guaranteed to really pack a punch.”

Pluto TV offers hundreds of channels and thousands of movies and television series on-demand to a domestic audience of over 24 million users. With over 100,000 hours of premium content available on the platform, Pluto TV is available across all major mobile, connected TV and web-based devices and has a global footprint spanning three continents across 22 countries.

Bellator is a leading global MMA and kickboxing promotion featuring many of the best athletes in the world. Under the direction of veteran fight promoter Scott Coker, Bellator events take place in major cities around the world and can be seen on television in over 160 countries to an available audience of over one billion people. In the United States, Bellator events can be seen on both Paramount Network and DAZN, the world’s first truly dedicated LIVE sports streaming service, while Bellator MMA Recharged airs on the CBS Sports Network. Bellator is comprised of an executive team that includes top industry professionals in television production, live events, fighter development and relations, sponsorship, international licensing, marketing, advertising and public relations. Bellator is based in Hollywood, Calif. and owned by entertainment giant ViacomCBS, home to the world’s premier entertainment brands that connect with audiences through compelling content across television, motion picture, online and mobile platforms.

Pluto TV, a ViacomCBS Company, is the leading free streaming television service in America, delivering hundreds of live, linear channels and thousands of movies and television series on-demand movies in partnership with major TV networks, movie studios, publishers, and digital media companies. Named by Fast Company as one of 2020’s Most Innovative Companies, with over 24 million monthly active users in the US, Pluto TV has a global footprint across three continents and 22 countries throughout the US, Europe and Latin America. Pluto TV is available on all mobile, web and connected TV streaming devices where millions tune in each month to watch premium news, TV shows, movies, sports, lifestyle, and trending digital series. Headquartered in Los Angeles, Pluto TV has offices in New York, Silicon Valley, Chicago and Berlin.