BELLATOR MMA™ IS NOW ON SHOWTIME®

BELLATOR MMA™ IS NOW ON SHOWTIME®

The three-week launch is comprised of highly anticipated matchups including the launch of the Bellator MMA Light Heavyweight World Grand Prix tournament, featuring eight of the top stars from the deepest 205-pound division in the sport. Following the initial run of three live events, SHOWTIME will televise up to two live Bellator MMA events per month for the remainder of the year. All Bellator MMA events, domestically and internationally, will be available on SHOWTIME in the United States. Preliminary undercard matchups will stream live on Bellator MMA’s YouTube channel and SHOWTIME Sports’ YouTube channel.

Bellator MMA has positioned itself as a leader in the industry with the strongest roster of fighters in its history, which has been built through top free-agent signings and the development of elite young prospects. The union with SHOWTIME Sports will take both established brands to the next level, as the premium network doubles its live combat sports offering for subscribers, while giving Bellator’s premier athletes an opportunity to showcase their top-notch talent to a new audience on a new platform.

“Everyone in this industry knows the history that I have with SHOWTIME. We have done things together that have shaped the sport of mixed martial arts that you see today,” said Bellator MMA President Scott Coker. “But what’s really exciting about this news is that everything we have already accomplished is just the beginning. Today marks a new era for Bellator MMA. With our new teammates at SHOWTIME, we are going to take this brand to a new level, and you are going to see us build upon the foundation set throughout my time with Bellator.”

“SHOWTIME is the preeminent home of premier combat sports in America,” said Stephen Espinoza, President, SHOWTIME Sports and Event Programming. “Today’s announcement not only unites two industry-leading brands, but it unites two teams of experienced event promoters and television producers with a common goal, to deliver the very best live combat sports experience in-arena and on television. We are excited to build on what Bellator MMA has created and to amplify the momentum they’ve gained over the last several years.”

SHOWTIME, the standard bearer for live world championship boxing coverage, televised its first boxing event in 1986 and for 35 years has been a leader in producing high-quality combat sports events and Emmy® Award-winning supporting content. SHOWTIME consistently presents the biggest names in the most compelling matchups in boxing via three flagship properties – SHOWTIME PPV®, SHOWTIME CHAMPIONSHIP BOXING® and ShoBox: The New Generation® – showcasing boxers at every level of their development from prospect to pay-per-view superstar.

As part of the launch of Bellator MMA, the network is offering viewers who are new to the SHOWTIME streaming service a 30-day free trial, followed by a discounted monthly subscription fee of $4.99/month for the next six months. To get the offer, viewers should sign up at SHO.com/BellatorMMA.

On Friday, April 2, Bellator MMA will kick off the new era with the next round of the Featherweight World Grand Prix, as Bellator’s reigning lightweight and featherweight champion Patricio “Pitbull” Freire (31-4) defends his 145-pound title against Emmanuel Sanchez (20-4) in the semifinals. Both fighters are vying for a chance to move on in the single-elimination tournament to face undefeated A.J. McKee (17-0), who has already punched his ticket to the finals with an impressive first-round submission victory in November. Fans can expect fireworks as these men attempt to take home the Bellator Featherweight World Title and the World Grand Prix $1 million prize.

Then, on the next two Friday nights, April 9 and April 16, Bellator MMA will present the opening rounds of the stacked Light Heavyweight World Grand Prix tournament. Starting on April 9, current Bellator heavyweight champion and former light heavyweight champion Ryan Bader (27-6, 1 NC) takes on former UFC champion Lyoto Machida (26-10) in a rematch of their 2012 bout, while two recent high-profile free agent signings Anthony “Rumble” Johnson (22-6) and Yoel Romero (13-5) clash in a battle of Bellator newcomers. On April 16, Bellator’s 28-year-old current titleholder Vadim Nemkov (13-2) defends his belt in a rematch against another former Bellator champ in Phil Davis (22-5, 1 NC) and top contender Corey Anderson (14-5) takes on Dovletdzhan Yagshimuradov (18-5-1) who will make his Bellator debut. These eight superstars will vie for the tournament title and the Bellator World Championship belt throughout the year in the single-elimination tournament.

The month of May sees an additional championship on the line, as newly crowned bantamweight titleholder Juan Archuleta (25-2) takes on No. 1-contender Sergio Pettis (20-5) on May 7. Archuleta took home the vacant 135-pound title in September with a dominant performance, while Pettis cemented his position with an impressive 2020 campaign that saw his Bellator debut end with the first submission-victory of his career.

Additional events in May and complete fight cards are to be announced in the coming weeks. Please visit Bellator.com and SHO.com for more information.

About Bellator
Bellator is a leading global mixed martial arts and kickboxing organization featuring many of the best fighters in the world. Under the direction of veteran fight promoter Scott Coker, Bellator events take place in major cities worldwide and can be seen on television in over 160 countries to an available audience of over one billion people. In the United States, Bellator can be seen on SHOWTIME. Bellator is comprised of an executive team that includes top industry professionals in television production, live event orchestration, fighter development/relations, venue procurement, sponsorship creation/development, international licensing, marketing, advertising, publicity and commission relations. Bellator is based in Hollywood, Calif. and owned by entertainment giant ViacomCBS, home to the world’s premier entertainment brands that connect with audiences through compelling content across television, motion picture, online and mobile platforms. 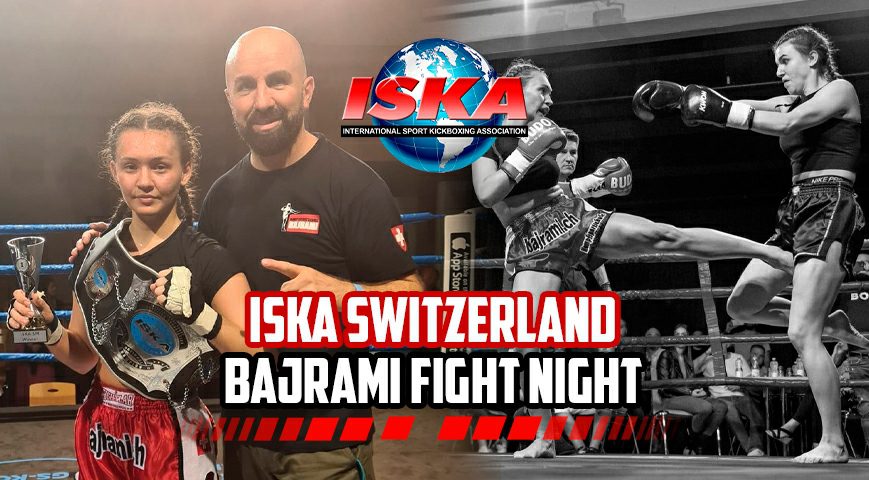